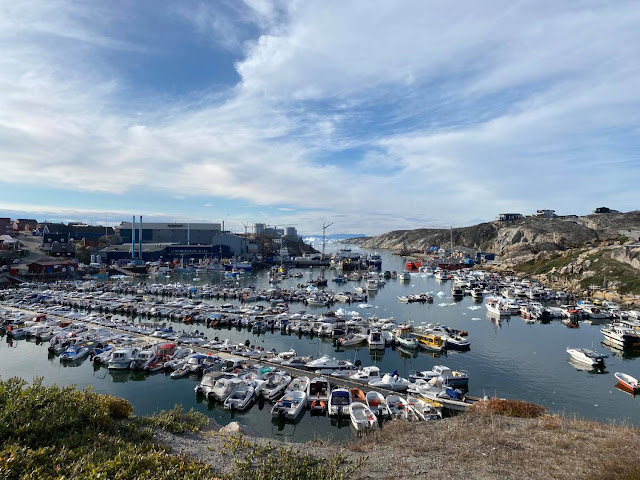 Greetings from Greenland! We ask you to pray with us concerning the Gospel Boat. The new motors have been installed and they run well on land. However, we need to test them in the waters. Bro. Wright needs to make some adjustments and fine tune things while the boat is in the water.
We really could use the Gospel Boat Captain, Brother Nissley. We are looking into flights, but there are still many Covid-19 restrictions. We have sailed the boat out at sea, but it is much different sailing the boat in our crowded harbor. Bro. Nissley had planned the last two years to teach Chip and I how to sail such a large boat in very close quarters; but, of course, the boat has not been operational.
Right now, there doesn´t even look like there is a place available in the harbor to anchor the Gospel Boat. We ask you to pray that we can get the Boat in the water and find a place to anchor. On this pioneer mission field, everything we do is always a first. Sailing and anchoring in the harbor will be a first for Chip and I! So many times, the tasks have seemed daunting. Yet as we have experienced over and over again, With God All Things Are Possible!
No comments:

We took another hunting trip this year to Kangerlussuaq, Greenland. This time the whole family came along! We all had a wonderful time! It was good to get away for a week and just spend some time together as a family. And the hunting was good too! Christopher got his first muskox and Jonathan his first reindeer.

We stayed about 5 kilometers out of town in a summer house alongside a river. There was no electricity, running water or plumbing, but it was one of our favorite vacations! Between hunting and walking to town when we needed something, we walked over 100 kilometers during our week there! 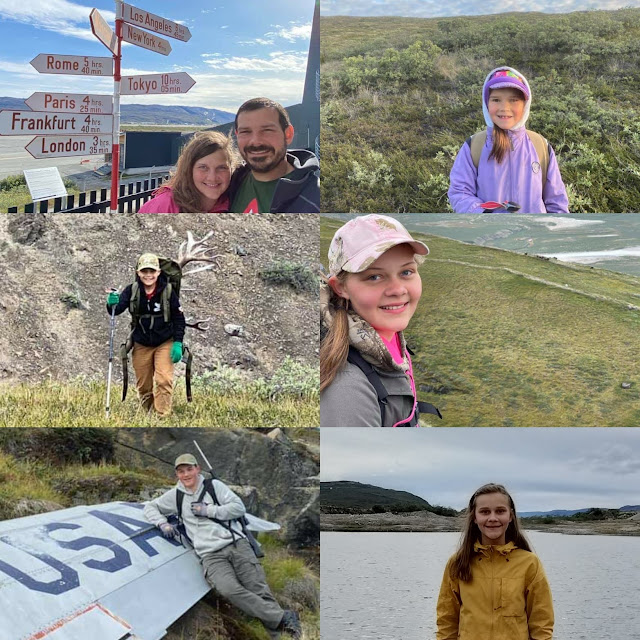 After being home just a few hours, it was great to receive phone calls from folks welcoming us home. While walking through the grocery store we were stopped so many times by acquaintances welcoming us home and asking about the hunt. Of course, everyone was excited to hear about the musk ox and reindeer. Our sons received many congratulations on their ability to provide meat for their family this winter!

We’re so thankful for this time away to rest and recharge. Now it is time to jump back into the ministry with both feet. 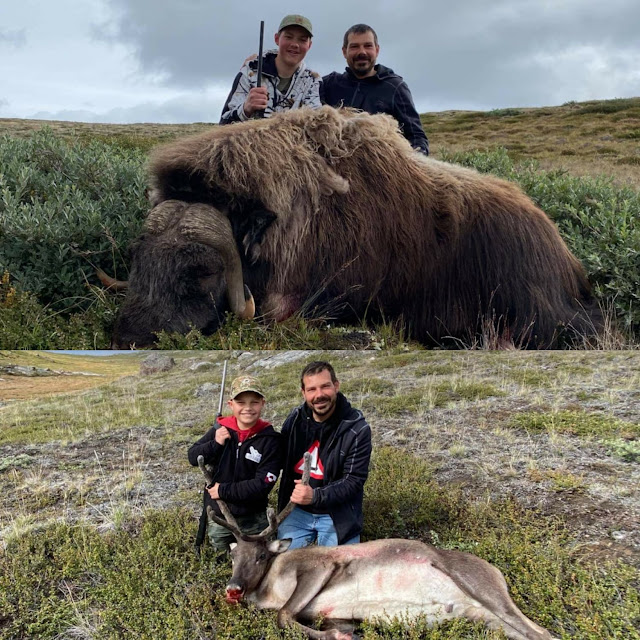 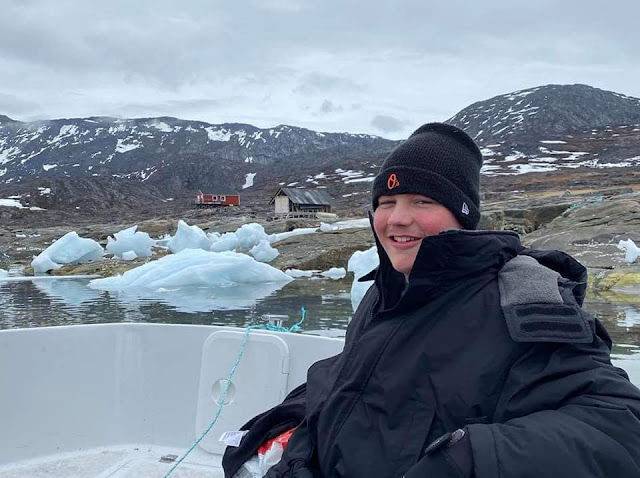 For years I prayed for other missionaries to come work alongside me, and all the while my right-hand man was being raised right in my ministry working with me!  While there are other missionaries here and more on the way, I am so thankful and blessed that my son is working right here in the church with me. 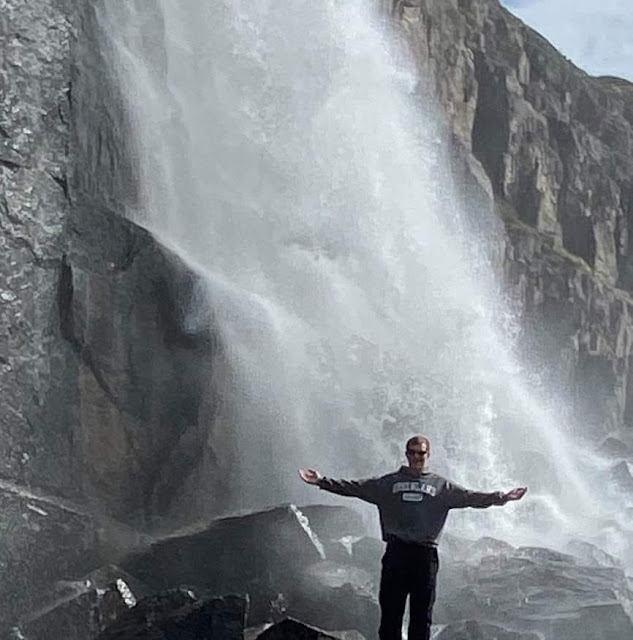 Christopher loves the Lord and has a servant's heart. He’s not afraid to serve people whether it’s serving them food or helping a struggling elderly lady up several flights of stairs.  He’s not “too cool” to get down on the floor to play legos with a 4 year old, so we can talk to his parents. He’s a hard worker and has a great testimony at work, which has resulted in a co-worker coming out to church and many others questioning him on his “religion”. 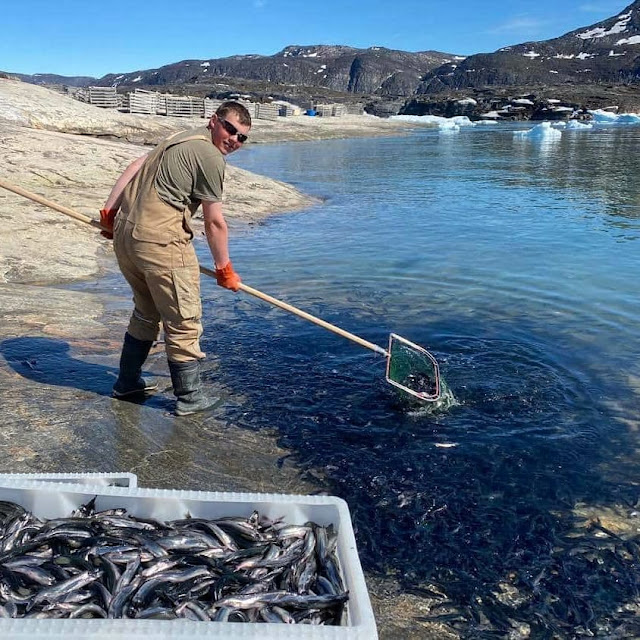 I was driving through town the other day and saw a man that used to come to church until he moved away.  I gave him a ride and found out that he had recently moved back to town.  He told me he had been planning to come to church again.  He said he would come this Sunday with his girlfriend.  Carole and I picked them up Sunday morning.  His girlfriend works at a gift shop in town.  The first thing she mentioned was how well-mannered our children were each time they came into the shop.  She commented on all the groups that come to visit us and stop in the shop.  Then she mentioned the man with the cap and beard who would come in with his grandson.  She said he is such a nice man.  Of course, this man is Carole’s Dad (Aka, Pop-pop the sailor man)  Wow, this young girl has been watching our family for years!   When she saw my Facebook message and realized that my preaching was in Greenlandic, she told her boyfriend she wanted to check it out, especially since he already knew us.  Then after church...Bro. Wright told me that they had also invited her several times to the service.  It is a small town! :-)

After church, the man mentioned his favorite Bible verse.  I asked him if he had seen our bulletin board.  His favorite verse was on the board!  He had not seen it.  He then asked Carole when she did that.  Carole had just finished making it Friday.  He couldn’t believe it.  He said he is always amazed at how God is like a “conductor” orchestrating his life.  It seemed like a divine appointment.

The hardest part has not been getting people out to church, but keeping them coming.  Please continue to pray for this couple.  For years, we have stayed in touch with people that have moved away.  Our desire has always been to start ministries in these towns and villages or send a missionary to them.  However, it is a delight to have someone move back for a change!

Missionary, if you aren’t seeing much fruit, just stay faithful and friendly!  (I Corinthians 4:2) 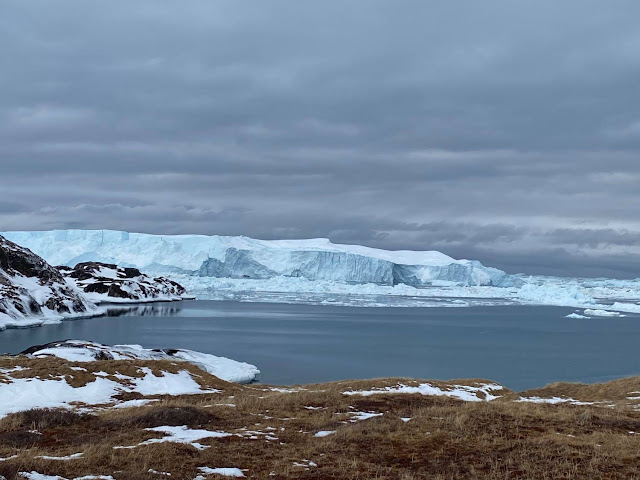 Ilulissat has reopened! The country is still shut down to outside travel, but life in Ilulissat is back to normal. All government offices and schools are open again. Of course, everyone has to remember to wash their hands. 🙂 There are currently zero cases of the virus in Greenland. All 11 people that had the virus are healthy again. 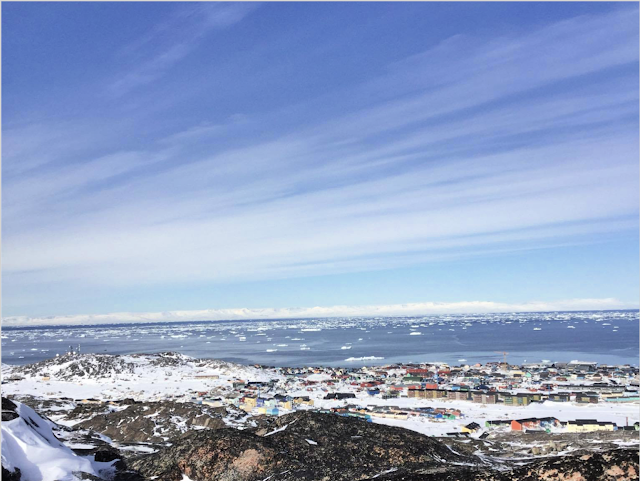